Who are refugees? How do refugees come to South Carolina? What does resettlement mean?

Working closely with Lutheran Immigration and Refugee Service and local faith organizations, Lutheran Services Carolinas welcomes refugees and immigrants and helps them transition into a new life and a new culture. Presenters Breigh Corley, Program Coordinator, and Dylan Gunnels, Refugee Services Coordinator, will share with us at the next Midlands Interfaith Meetup.

The issues of radicalization and de-radicalization are complex, often subtle, and open to multiple interpretations. Dr. Jonathan Leader, an anthropologist at the University of South Carolina, who teaches courses in law and conflict, religion, and the cultural analysis of terror will be sharing some of his perspectives on this important area of study and its real world implementation. 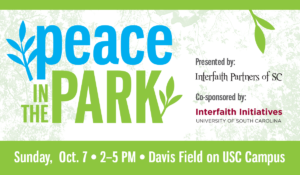 Bring one news item from your faith/spirituality to put into the pot for a simmering conversation with interfaith friends. It can be good or bad or some of each. Be prepared to share why you think it’s important and what we can all learn from it.

Join old and new friends from many faiths for good food and fellowship. All are welcome, whatever your religion or non-religion! We order separately, no required order minimum. 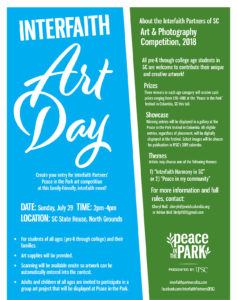 Emperor Julian (331/2 -363) ruled the Roman Empire from 361 to 363. Although his reign was brief, it was significant. He became emperor after Constantine declared Christianity religio licita (a permitted religion), but before 380, when Theodosius I made it the empire’s sole authorized religion.

Julian lived at a time that Christianity was gaining influence in the empire, but nonetheless, he took a stand as a proud Pagan. He began a policy of restoration of the Pagan Temples which had been confiscated in Constantine’s time. He also proclaimed an Edict of Tolerance in 362, stating that all religions were equal before the law. In a letter to the Jewish Patriarch, Julian express imperial support for a project of rebuilding the Temple in Jerusalem! (This project did not reach fruition, as it was discontinued upon the death of Julian.)

Visiting scholar Avi Gold will speak about Emperor Julian’s writings and the significance of his policies for Jewish-Pagan interfaith relations. Professor Gold lives in the south of Israel and teaches Yiddish Literature, Greek Philosophy, and a variety of other subjects. His first visit to South Carolina was in 2001, as a result of several years’ correspondence with a Baptist on matters of scripture. Since then, he has been back to South Carolina several times, and greatly appreciates the warm weather and warm welcome in the Palmetto State.

Jewish Federation of Columbia furthers the welfare of the Jewish community in Columbia, South Carolina, and throughout the world. Visit the Federation at www.jewishcolumbia.org.

Cherry Hill Seminary provides education for ministry, leadership and personal growth in Pagan and other earth-based religions. Visit the Seminary at www.cherryhillseminary.org.

Interfaith Partners of South Carolina is a statewide partnership of local groups fostering understanding and cooperation among the religious groups of our community, our state, and our world. Visit IPSC at www.interfaithpartnersofsc.org. 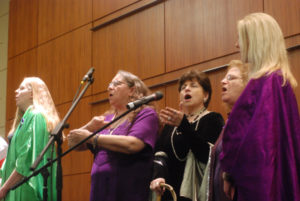